An estimated 10,000 hackers will convene at the Rio Hotel in Las Vegas this weekend for DEF CON 19, one… 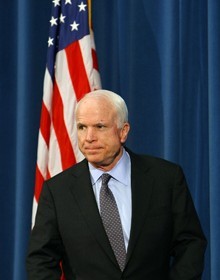 Republican Senator John McCain is calling for the creation of a Senate Select Committee on cyber-security and electronic intelligence leaks,…

New episode of PrivacyNowRadio: Episode 5 Interview with the Hacker